Here’s a fun fact for your Friday, courtesy of the McGraw-Hill Dictionary of Scientific and Technical Terms (3rd Edition): 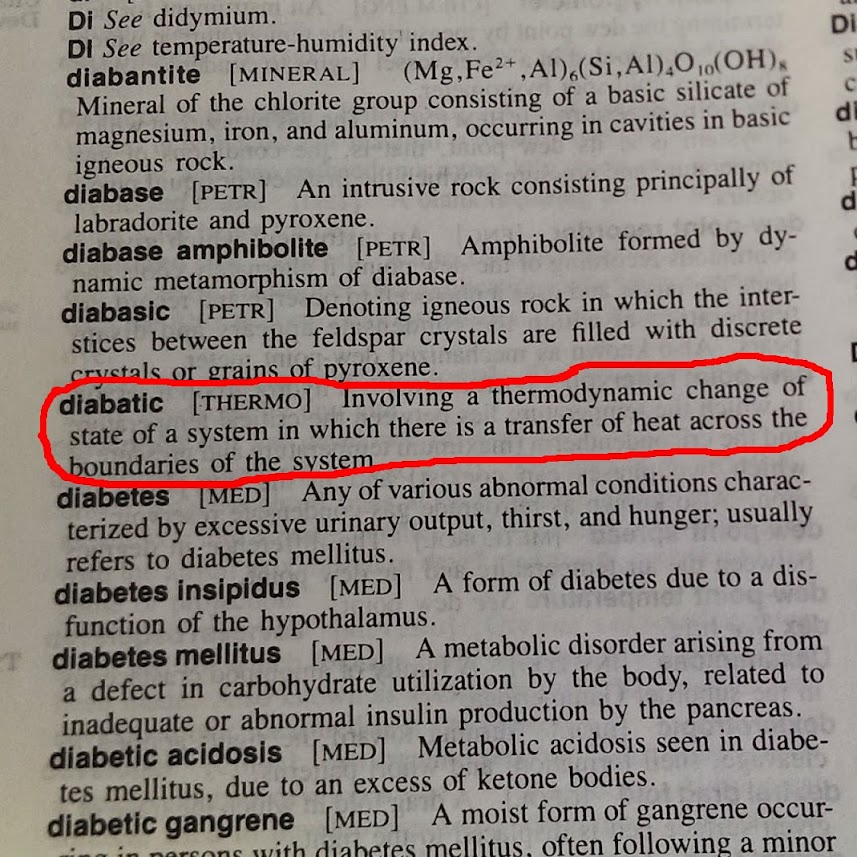 I was looking up a technical term to solve a capitalization question (my life is thrilling, right?) When I was flipping through, I stopped on this page and the word “diabatic” jumped out at me. Sounds like it would be describing a batty person with diabetes… but nope, just thermodynamic stuff.

Have a wonderful Friday!

I will never use this phrase (other than above). It’s completely possible to refer to a full heart in some way or another, but wholeheartedly is not only more common, it just sounds better in my ears.

Rhymes with “potion” but for some reason feels foreign to say.

Elevators and escalators do go up and down, but in other references I will always opt to use: increase, decrease, climb, fall, rise, etc. in whatever conjugation is appropriate. When the level of something rises, it’s not inappropriate to say that the “level goes up;” it just sounds elementary to me and I feel like there’s always a better way to describe something. 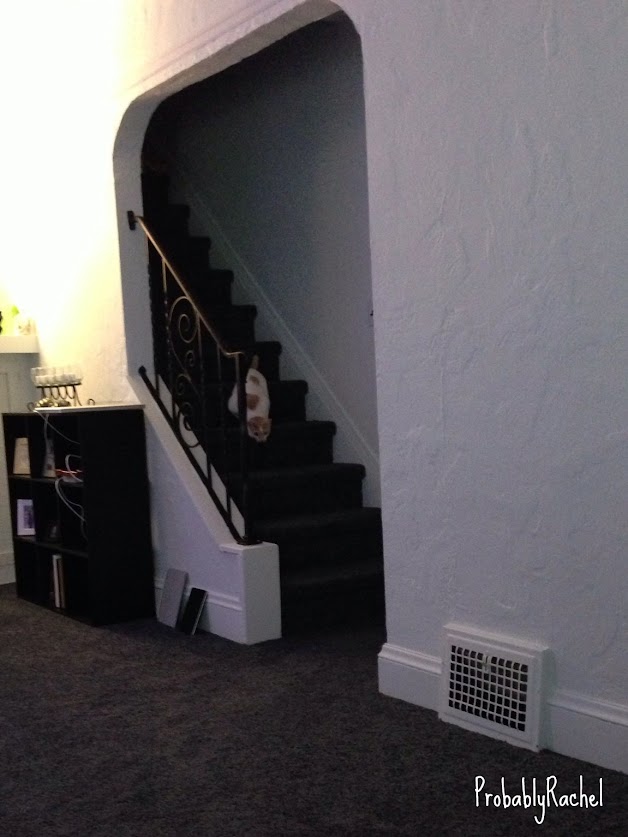 Watson creeps down the stairs

I always prefer to say “dinner” (or “lunch” according to some). This word also reminds me of Snoopy.

These are just some of my mental hang ups when it comes to words. Our brains are very strange places to say the least!

What are some of your hang ups?

Words that drive me crazy

Posted in Commentary, My Life

You mean presents? Shortening a word, but not actually shortening it, doesn’t make you appear more intelligent.

See also “punchin” and “pumkin.” These are supposed to be endearing terms for small children, but I can guarantee you, I got called “pumpkin” a lot as a child and never really felt the endearment… so spelling it wrong or hashtagging it won’t really gain you points. Often times it looks more like “punching” or “punking” than pumpkin anyway.

This one is more for Brad than anyone else, someone that he knows mispronounce the word “else” as “elts” (and not due to an accent).

Not that the word isle is annoying, but I never see it used as isle to mean “island.” I see it used almost exclusively to refer to  walking down the aisle for a wedding or in the aisle of a store.

I like being a wife, that usage doesn’t bother me, it’s when “wife” is used in the same manner as verbs like “run” or “change.” For instance, “He wifed her” makes my skin crawl. He married her? He proposed to her? I also don’t “wife,” I cook, I clean, I bake, I sew… but those wife-like duties aren’t wifing because people who aren’t wives can do them too.

I get that English can be tough and that people like to show personality in the way that they speak, but often using or misusing words like this can take away from your credibility, readability and even cause people to ignore your messages.

Are there any words that people use or misuse that drive you crazy?

What’s in a name?

Let’s face it, we’re not really that great at typing. Especially on touchscreens. So the autocorrect feature on most smartphones comes in pretty handy to help us get our message across without much editing.

But sometimes autocorrect gets overconfident and takes what we meant to say and turns it into something completely different.

Within that same text message conversation with my husband, he announced that someone brought in Starbucks for their team and his phone decided that “Frap” should be “crap.”

Thankfully with a keen eye we can catch these things. My smartphone hasn’t yet been smart enough to realize that I use the word “like” way more often than the word “Luke” and it likes to replace “and” with “ANC.” Of course please don’t forget the “Crude” baby shower book I purchased.

What autocorrect fails have you encountered that made you smile?

PS: Yes I’m aware that there’s a whole website  for these things.

Posted in K-couple, My Life, Technobabble