We stood at the dining table (not ours) below and decided, that yes, this house was the house for us and we would make an offer. We decided to get the house even though the room was sunshine yellow with baby blue-ish carpet. 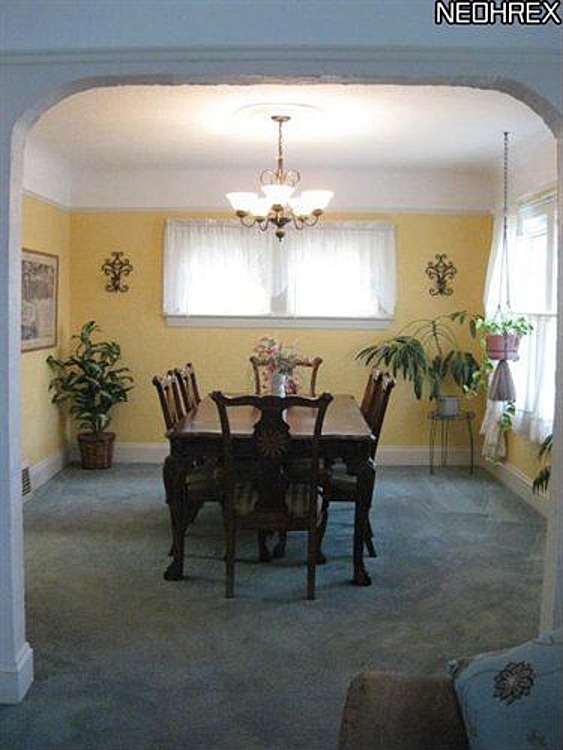 The photo from the home listing.

From offer to acceptance, we kept plans at bay. Our offer was accepted a few days later in April, we closed in June and officially had renters until mid July.

From acceptance to possession, we made plans… including what to do with the dining room. I turned to Pinterest to find an image to accompany what I imagined. This became roughly my vision for the dining room and was something that Brad could also picture:

The walls, trim and ceiling were all painted. The carpet was ripped out. Brad laid new flooring. Windows were re-treated. And here’s how it ended up… END_OF_DOCUMENT_TOKEN_TO_BE_REPLACED