For nearly as long as I can remember, my dad would comment on how cool it would be to have a REAL bow tie. He once said that he thought being able to tie a bow tie was a skill that classy men had and seemed to be a dying art.

My dad didn’t own a bow tie when I was a kid. As my dad’s 50th birthday approached (January 28, 2011) I was in full-scale wedding planning mode and decided that I wanted to give my dad that opportunity to be the man in the tuxedo, tying a real, bow tie.

I searched a few stores and ended up in the men’s department at Macy’s. They had a wide selection of bow ties, including the classic, black satin bow tie. The cashier asked me while ringing up the bow tie, “does he know how to tie this?” He didn’t know who it was for, what it meant or any of the back story but I answered, “He will.”

Dad’s surprise party 50th birthday party had to be changed from a surprise party in Ohio to a planned party at my parent’s home in Pennsylvania because my dad’s cancer treatments were taking a toll on him, making travel tough. For his birthday, I gave my dad his bow tie and a link to a how to video on YouTube. 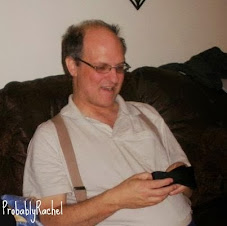 I’ll never forget that smile when he opened his bowtie

A week or so after his birthday, I received an email from my dad with several in-progress photos of him tying the bow tie. END_OF_DOCUMENT_TOKEN_TO_BE_REPLACED

Posted in My Life, Stupid Cancer

Father’s Day is this weekend and it’s tough. Every holiday is tough when you lose a parent, but especially the ones meant just for them.

Last year, I thought Father’s Day was rough, but my dad was still here. Dad had been admitted to the hospital on the second day of our honeymoon and we had no idea until the last night of our cruise when we were back in range of U.S. cell towers. He was still in the hospital on Father’s Day, but I got to call him and talk with him. This year I can’t.

A couple of weeks ago, I ventured into the card aisle on a mission for birthday and sympathy cards during lunch. I like to think that I’m pretty good at shopping for sympathy cards, I know what words brought the tiniest bit of comfort to me and I know that glitter is never appropriate, it’s like fake cheer. While walking through the aisles of cards, I ended up in the Father’s Day section. I thought for about two seconds that I could pick up a card for my father-in-law while I was there… I couldn’t even pick up a card without feeling like I was going to burst into tears.

Reading with dad at a very early age

Although nice, none of the commemorative ornaments, Relay for Life luminaries or photographs can take away the ache associated with missing your father. No one tells you END_OF_DOCUMENT_TOKEN_TO_BE_REPLACED