Holmes and Watson officially turned 1-year-old yesterday. Even though they found their home with us in August this is kind of a big deal, because they are no longer kittens… despite what they may think. 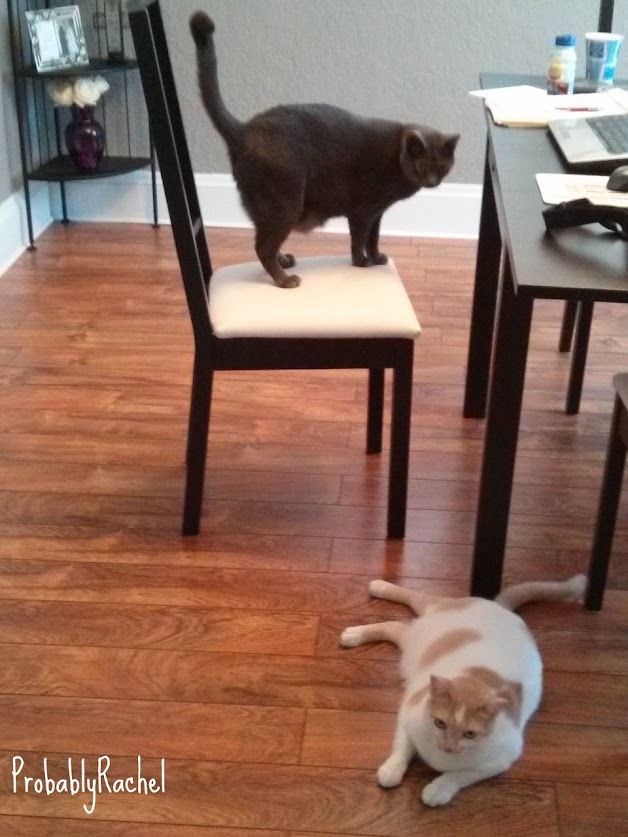 Having pets as an adult is totally different than having pets as a child. When we adopted Holmes and Watson, we were prepared to be responsible for these creatures but there are some lessons I’ve learned along the way.

Having these two around adds a lot to our home. They make it welcoming and relaxing for us as well as anyone who visits.

For their birthday, the cats got wet food as a treat and plenty of petting, playing and snuggling (although that’s pretty usual).  Do you do anything for your pets’ birthdays? What do you do if you don’t know their actual date of birth?

Because I can’t take them all home

At the end of my rope…or power cord